There have been some very exciting developments occurring in relation to football development over the last few weeks that is fantastic news for Northbridge FC players.

The news relates to our players for Season 2012 who would be playing in the following age groups;

The Club is pleased to announce our official participation in the Premier Development Programme or PDP. The PDP programme is a new boys* youth football player development programme available only to Clubs who have teams participating in the FNSW State League.

This programme has been approved by Football NSW and is designed to provide players with the best technique and skills ahead of playing in State League competitions.

For Season 2012 Northbridge FC will be offering those players interested in this high performance football the opportunity to play weekly games against the “Academy” players of the following FNSW State League “Premier League” Clubs:

The format for games is expected to be as follows:

Games will be played either on Saturday afternoons or on Sunday mornings.

We believe this format will be immensely beneficial to players by providing;

The PDP programme will be integrated into the Northbridge FC Junior Football Academy programme.

The programme will be overseen by the Club’s new Technical Director – Mr Steve O’Connor and will be run and co-ordinated by Joe Haywood.

For those who don’t know of Steve O’Connor here are some key highlights of his football and coaching career, which you will find very interesting and which are relevant to our football development ambitions.

I am sure you will agree that Steve O’Connor will provide immense experience to the Club in guiding and mentoring our coaches and players.

If you want to know more about PDP then please attend the Northbridge FC Junior Football Academy trials. For details on the Academy trial dates please go to NFC Academy. 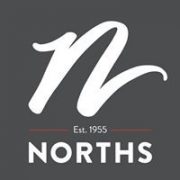