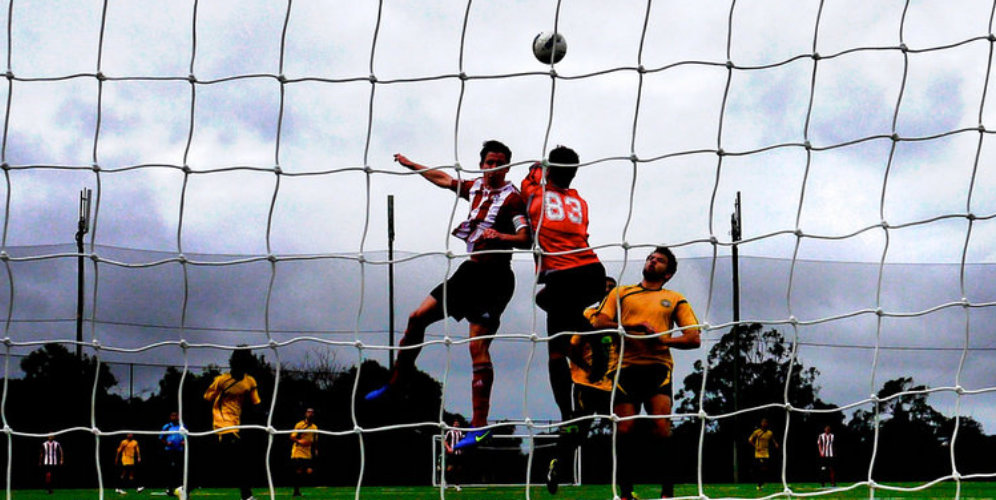 The club was established by Ron Hall. Mr Hall was the postman from Cremorne who previously had worked in the coalfields in the Cessnock area of the Hunter Valley and was looking for a less stressful life.

There is no record of the Club before 1950 with the period between 1950 and 1953/54 as the most likely time frame that the club was established.

The first teams were U8, U10 and U12 with U14 and U16 following on over the ensuing years. The original strip was Red & White Quarters for the shirt; white shorts; and red and white hooped socks. Northbridge originally played in a Northern Suburbs Soccer Association (NSSA) that included Cremorne, Neutral Bay, Artarmon, Chatswood Rangers, Greenwich, Lane Cove, St Michaels, Hunters Hill and North Ryde. This association was run for 33 years by Bob Campbell and then for another 33 years by his son – also named – Bob.

In 1973 Northbridge joined the KDSA (presumably the Northern Suburbs Association folded at this time) and continues to complete in all age groups. The KDSA was formed in April 1957. (Source; David Tomlinson).

2011 was a significant year for the Club with its successful entry to Football New South Wales (FNSW) State League competition.

Supplied by Pam Clifford, amateur historian of Northbridge.   A letter written by James Wagschall, a long time resident of Northbridge, who gave me information about the origins of your club

The Northbridge Football Club is one of the largest soccer clubs in NSW, but it was not always so. As far as can be ascertained, soccer was first played in Northbridge in the mid 1940s. In 1946 The University of Sydney Department of Social Studies conducted a survey entitled A study of aspects of social organisation in the Municipality of Willoughby and wrote about soccer in Northbridge:

Sponsored by VDC Association of NB

Don Landers’ father was a member of the Northbridge VDC Association. At his behest, Don played a couple of games with one of the junior teams to see if he liked the game. He recalls, “I was never much of an athlete so that was that as far as I was concerned.” He remembers Mr Daniel from the soccer club because he was also a member of the VDC Association.

Apart from Don, no-one has been found who recalls soccer being played in Northbridge in the 40s, 50s or 60s. However the web page of the NFC suggests that the club was established in about 1952. Mr Ron Hall, a postman from Cremorne who previously had worked in the coalfields in the Cessnock area, and he was looking for a less stressful life, so he started up the club.

In 2009, when addressing NPA, Club President Rory Grace said the club had doubled in size in five years, mainly due to the change of demographics in the area. He believes the game is popular because it can be played by boys and girls and men and women from age five, is a non-contact sport, and is a “world game”.

NFC represents Willoughby City in both the local Kuringai and District Soccer Association and the prestigious Football NSW League. In 2012, teams were fielded in all age groups and most divisions, girls and boys, men’s and women’s teams being included, as well as friendship  teams and development squads. The club also provides boots and other equipment to the Northbridge Nomads, the club’s sister teams in Cambodia.

The synthetic oval at Northbridge Oval, provided by Willoughby Council, has been a boon to the club, which in 2009 boasted 1700 members and 133 teams.

As of 2020, Northbridge FC fields teams across the spectrum of competitions in the Northern Suburbs Football Association (NSFA, previously KDSA), including in the NSFA Development Leagues (SAP League, Super League, Diamond League and MAA/WAA Premier Leagues) as we all as in the FNSW State Leagues through its North Shore Mariners branch (SAP, GSAP, NPL and WNPL2).