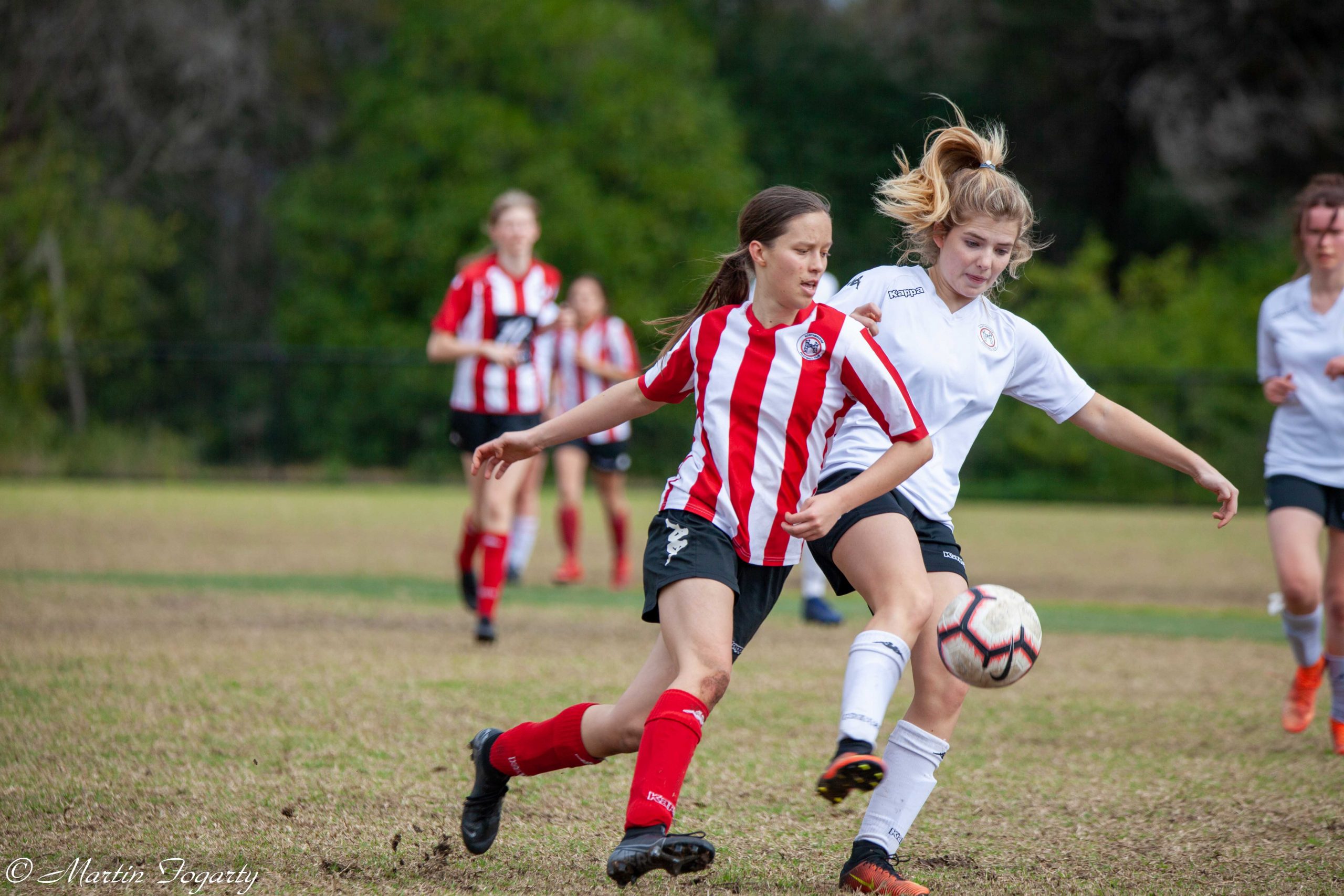 Far more than club bragging rights are on the line when Northbridge’s top two U18 Diamond League teams go head-to-head for the third time on Sunday at Bicentennial.

On the opening day of the season Northbridge White, the reigning U18 champions, took the honours in a comfortable 5-2 result, but the tables were turned in the return fixture with the Reds prevailing in a 4-2 result.  Now both teams find themselves at the top of the league with the Reds enjoying a narrow three-point advantage with just four matches remaining.  A win for the Whites on Sunday will keep them in the race for the league title, but a win for the Reds would put them 6 points clear and probably too hard to catch.

It is likely that the ability to deal defensively with potent forward lines will determine the result. 13 goals in the two previous encounters highlight each team’s firepower upfront and leading scorers Mel Hirunsook and Emily Hicks will surely be looking to load pressure on respective defences.  The team that can best organise themselves at the back will probably go a long way to securing the result.

This promises to be the match of the season for the Diamond League.  The Reds are undefeated since the first day of the season, and the Whites have their tails up after a dominant 3-0 result against third-placed West Pymble last Sunday.

It is a great credit to all of the players, who are all juggling HSC trial and year 11 exams at the moment, that they have kept up their commitment to high-level community football, and the Club is incredibly proud of how these talented footballers have developed through the club’s Academy program over many seasons.    We wish eeveryone good luck in what promises to be a thrilling match as part of an outstanding day for Northbridge FC female football.

Other games on the day include:

WAA Div 2 – 1pm NFC B v NFC C – the first time the two go head to head, with their first game a wash out

WAA Premier League – 3pm NFC A v UTS A – if their first match is anything to go by, this could be a goal fest and another step towards a 6th consecutive title