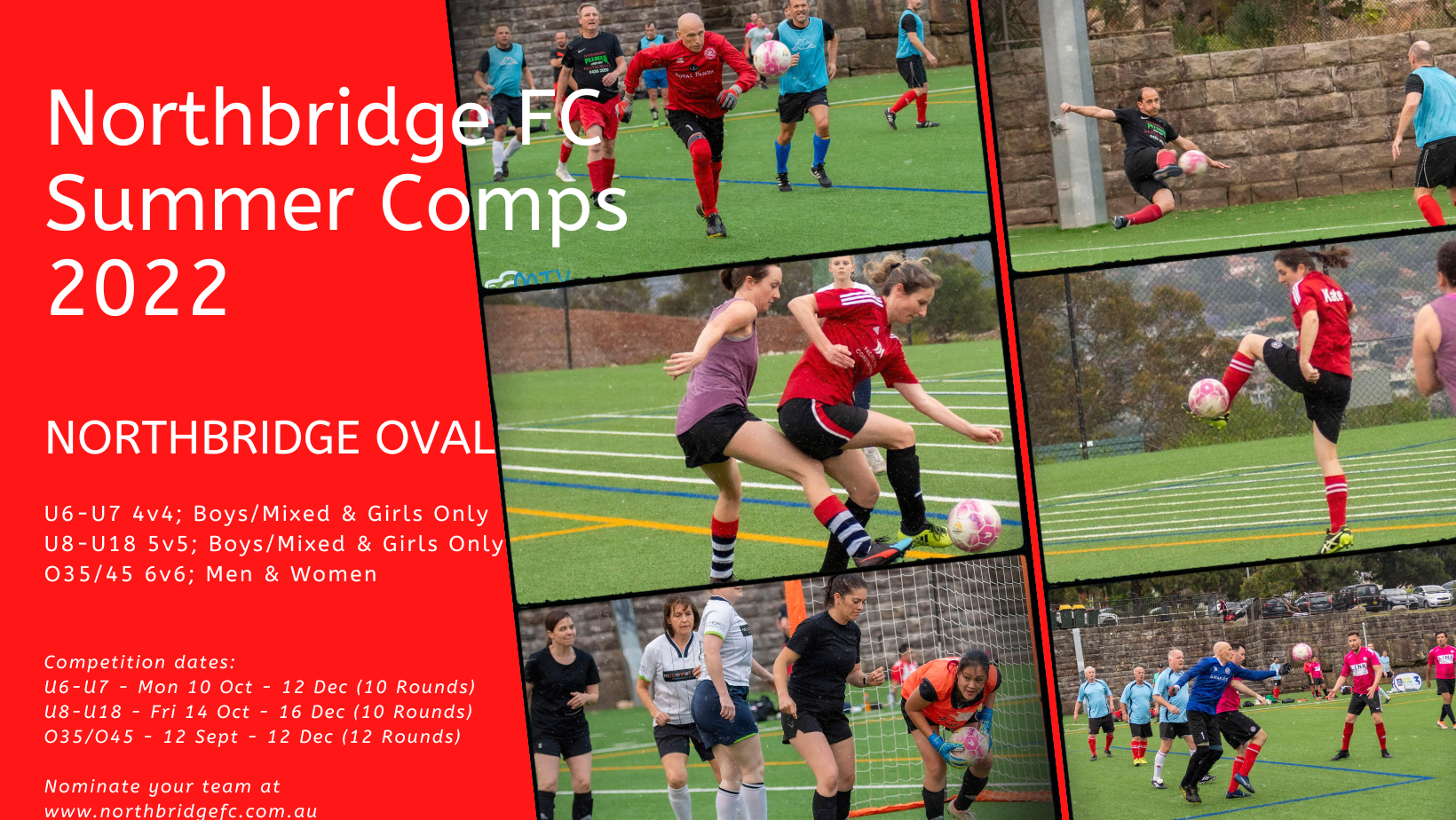 We are taking TEAM NOMINATIONS for our Summer Comps now.  Click  HERE to complete the Team Nomination Form 2022.

We need details of team manager, age group and also your team list.

Players U6-U18 can use their Active Kids Voucher to play FEE FREE !!

We offer the following competitions for 2020:

There is no separate team fee.

All players must register and pay individually via www.playfootball.com.au; search for Northbridge FC and select appropriate summer player package.  Players should only register if they are connected to a nominated team.

Please note that we do not accept single player nominations, teams nominations only.

In our Junior competitions, kick off times will be youngest to oldest age groups. Earliest Junior Comp kick off time will be 4:00pm.

All queries to Matilde Johns at SummerFootball@northbridgefc.com.au